LADY GAGA? To start with that is no name that will immediately equate with talent in my mind. 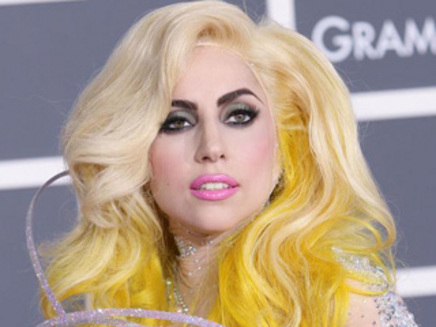 But regardless, she seems to be a sensation all over the world. But since the world is our enemy, there's that much more of a chance she's no good. So I would ordinarily ignore her until Fox reported her as saying...

“I think that gay marriage is going to happen. It must." she said.  "We are not actually equal—humanity—if we are not allowed to freely love one another."
“What the Pope thinks of being gay does not matter to the world. It matters to the people who like the Pope and follow the Pope. It is not a reflection of all religious people.”

So first of all, she is not even qualified to speak about the Pope. Gay "marriage" is a moral issue. She can not deny that, since her own "morals" uphold it's defense.

That said, it is in the Pope's job description to define "faith and morals". Not a pop singer's. Point made.

So now that we've seen that it's not even Lady Gaga's job to point out that somebody else is doing their job wrong [(that would be like me telling computer tech he's doing something wrong even though I know almost nothing about programming) that example makes it even funnier because Lady Gaga seems to know almost nothing about morals!], let's look at what she actually said:

"We are not actually equal—humanity—if we are not allowed to freely love one another."

That's not love. It will get you to Hell. 'Nuff said.

“What the Pope thinks of being gay does not matter to the world."

In a way, she is right. But in another sense, she is completely wrong.

But she is wrong in the implication of that statement. Why does what President Obama thinks of gay marriage matter, but not what Pope Benedict thinks? From a totally secular view, he is a head of state. Come on! Double standard, if I ever saw one.

And from a spiritual view, what he says does matter, because he is our spiritual Father. We have to listen to him. She also said....

“This is not what Christians believe, those who believe in something, that have a religion,” she clarified. “It is the point of view of one person.”

But what person is this? This is the Pope, the Vicar of Christ. He IS Christ.  It is the point of view of Jesus Christ. So if "Christians", as she says, don't even believe in the teachings of one whom they profess to believe....what have we? A personality cult following or something - "the guy is just awesome, but I don't agree with what he says" type religion. It is stupid.

If behavior shows anything, she is most certainly not. So much for convent schools.